Like probably all of you, my life is plagued with older professionals who tell me to “grow up,” “be realistic,” and “always have a dream,” but “understand that a realistic career comes first,” etc etc. Don't listen to them. Fuck dreams. We don't dream of making movies. We find ways to make them now, with the help of friends with empty couches, food stamps, and broken laws. I’m here to argue for the possibility of film outside its industry form, not only as an accessible and immediately doable alternative (for people who hate being an employee as much as I do), but more importantly as a form that has specific and crucial advantages over the financed, professionally staffed, and strictly standardized film producing technique. I think it's important you know that approximately one and a half food service jobs were quit to make A Great Lamp. A Great Lamp is a DIY movie made by 7 friends with no budget or resources. If you want to check it out, shoot me an email at maxkazaam@protonmail.com and I’ll give you a link. Having said that, you don’t need to watch it to read this piece and understand what is being said here. Seeing the film being referenced is mostly useful for the reader who says “I like the idea of what you are saying but it would never actually work.” We, in fact, use this filmmaking approach. It is not theoretical.

Film is the youngest major art form in existence. What do you think music sounded like when it was only a little more than 100 years old like film is now? I think it probably sounded like hitting rocks together. Our favorite movies of all time are the moving image equivalent of hitting rocks together. I can’t think of anything more exciting than knowing that we are all participating in the birth cry of an entire form of expression and that we stand at almost the exact edge of uncharted territory. That’s why nothing could confuse me more than hearing that there is a “correct way” to execute a movie.

There is a standard execution template, no doubt, and I’ve worked on more of those than I’ve ever wanted to. This standard template generally consists of above-the-line creatives with “superior" art brains headed by a director. These creatives take command of grunt workers doing their jobs as they are told. Ideally, the director’s centralized vision is realized through the labor of these grunt workers. That vision is then able to generate a return on investments when the finished product falls neatly in line with statistical data showing what a target demographic audience is willing to accept and purchase tickets to.

This isn’t unique to the film industry though. The food and beverage industry, the automotive industry, and the home furnishing industry all operate using this same system. I don’t consider film to be any more dead or inhuman than I would any other major industry. In fact, I bring up these core similarities because, like film, these industries do not tend naturally towards any other goal but returning investments. This isn’t to say that deep and human things don’t also come out of the film industry semi-regularly... and there are even a few incredible cooks making really exceptional blooming onions at Outback Steakhouse!  But these outcomes are limited byproducts that occur at a drastically lower rate when the primary intention of industry endeavors is to make a profit. Authenticity, in its most restrained, limited, and reproducible form is somewhat profitable. But this authenticity will only be implemented up to the point it loses its profitability. It’s at that exact point that expression can become potentially dangerous.

But it’s not just an issue of economics. I don’t think the answer is to begin making cheap illegitimate movies that use the same basic techniques as industry films. I don’t think the point of breaking away from the industry standard should be to attempt to imitate its on-screen aesthetic with smaller cameras. I don’t think the film aesthetic of money or the shot-caller/grunt-worker structure used to make movies can be thought of as separate from their economic motivation. But there’s no doubt that even without money on the line in any particular instant, we are of a culture that is deeply characterized by money (even reproduced by it) and we tend to imitate those particular business model characteristics even without the presence of profit itself.

When you made totally free movies for fun with your friends on weekends, did you assign yourselves positions as leaders, order-takers, creatives, and technicians? Do you believe that characteristics like ‘leader’ and ‘follower’ are innate or biological?

And what about the film’s content? Were you trying to make something that looked like it had production value? Like it cost money? Does that mean that the cinematic aesthetic itself is also the aesthetic of money?

Why might a film made for fun focus its energy on mimicking both the process and product of a consumer product—even without the presence of a budget? I would argue that this impulse isn’t just an economic imperative but also demonstrably a cultural habit. On the other side of breaking this habit is an endless space for experimentation, beautiful failure, and earnest truth. We’re dealing with a medium in which you can capture any image that exists (and infinitely more that don’t) and couple it with any sound you can imagine, and yet you want me to be afraid of the images and sounds that don’t appear to be lucrative products?

The biggest change at play on the set of A Great Lamp was an attempt to break the habit of taking orders from a leader. If we begin by rejecting “vision," one of the core philosophical tenants that justifies the existence of film bosses, what’s left? We found that to varying degrees, all of our 7 crew members had different intentions. If we were to loyally follow the template standardized by the film industry, 7 different intentions must first be crushed down into 1 vision before filming can begin. But if we dip outside of that template, if we embrace what is beautiful and exciting about contradiction and multiplicities and reject what is limiting and false about centralization, we find that not only is an honest and legible expression still possible, but more room is left open and available for experimentation. 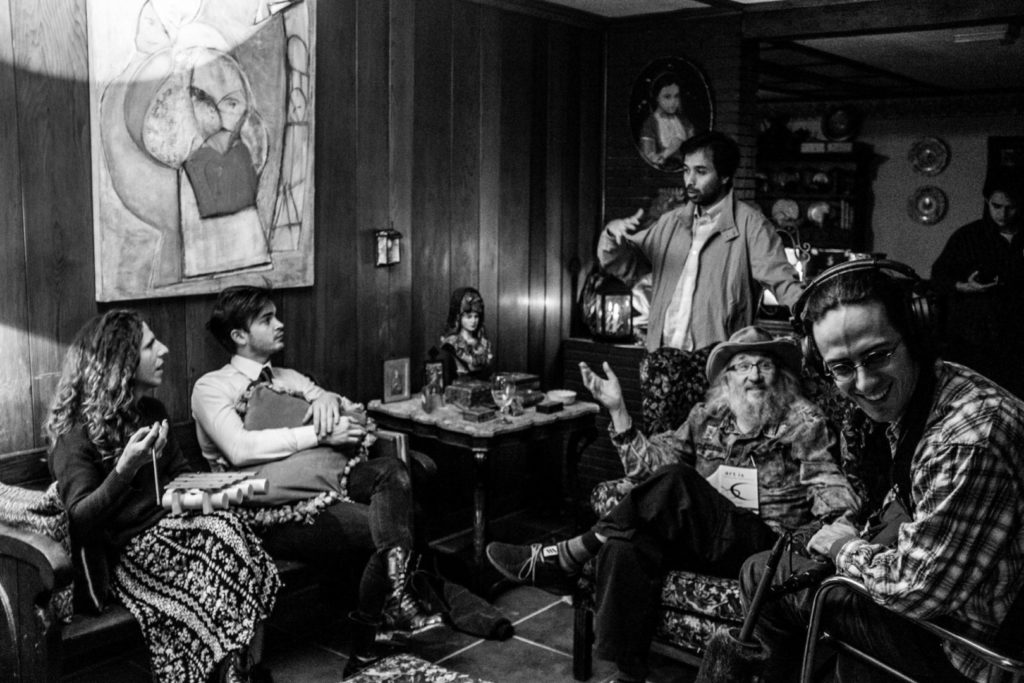 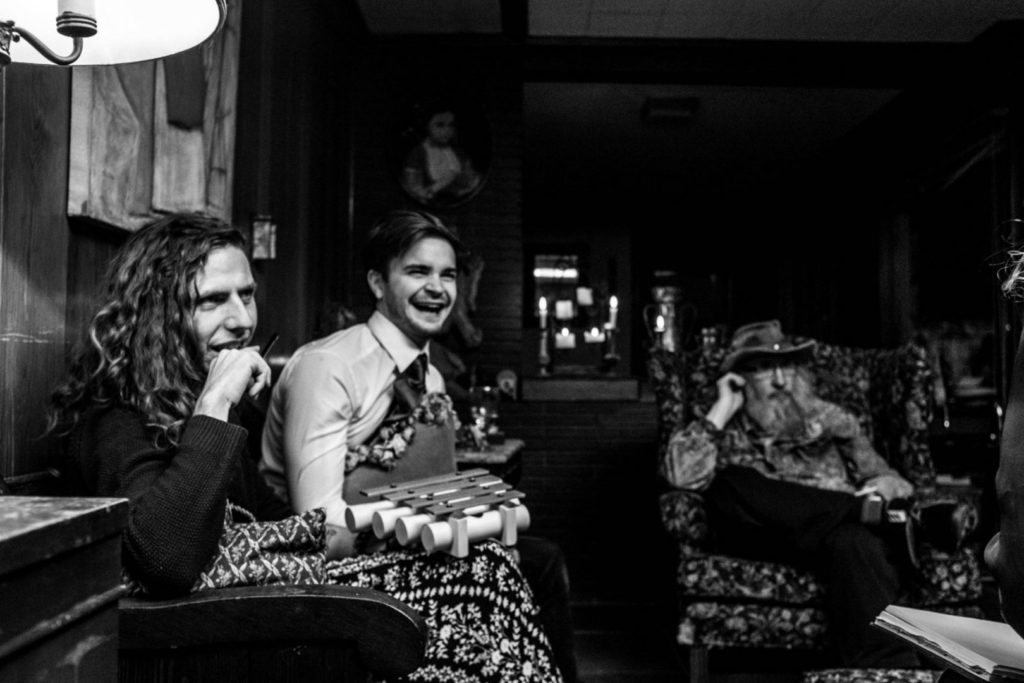 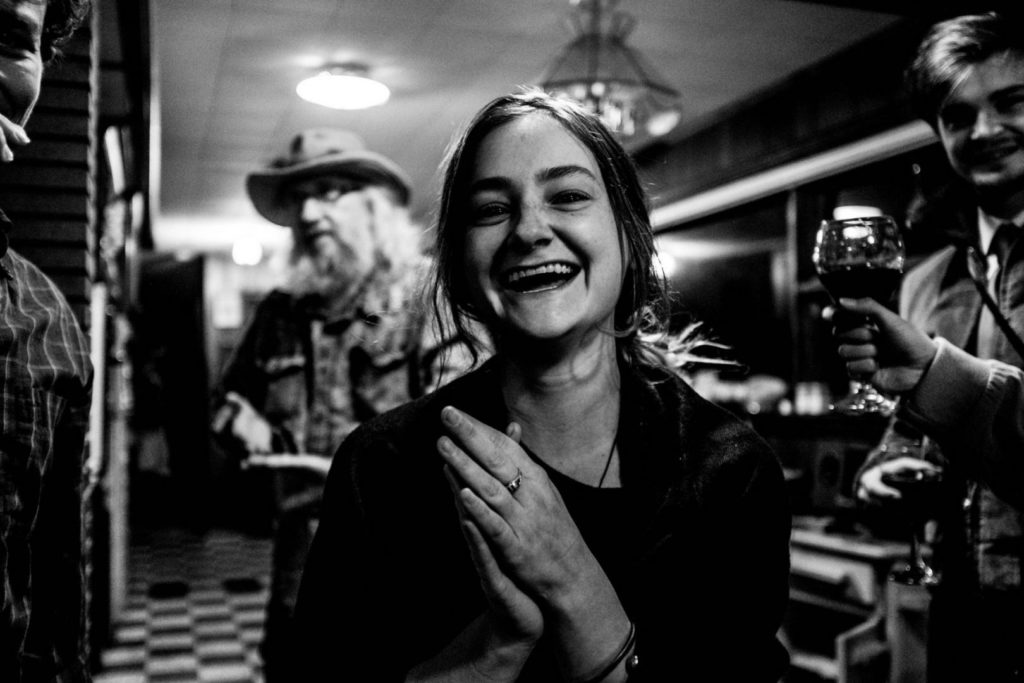 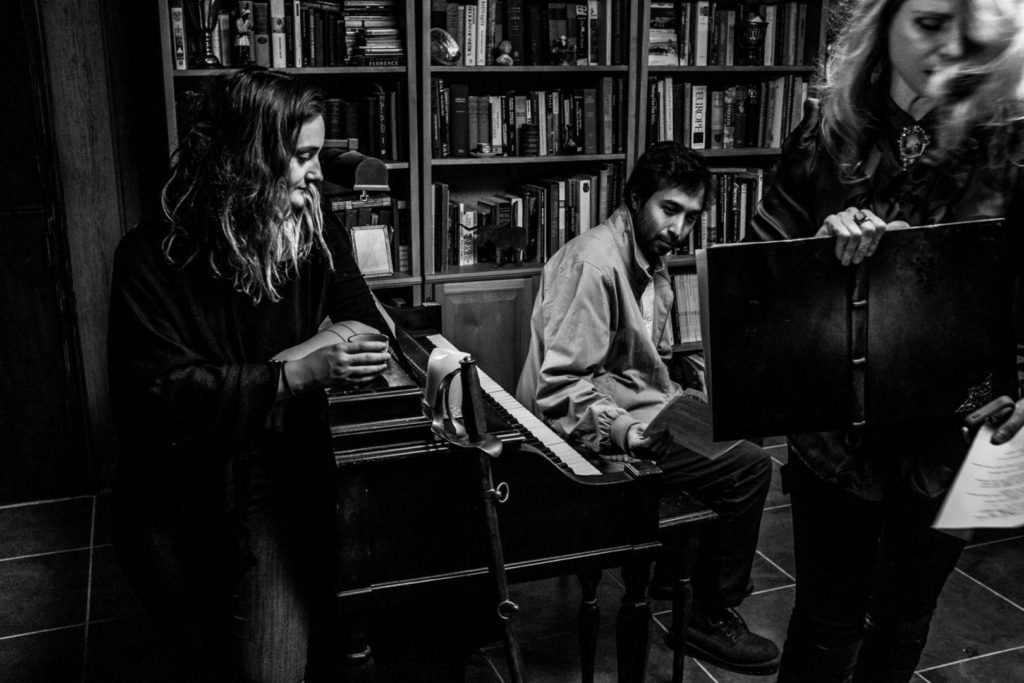 Who understands more about an image and a frame than the person holding the camera at that exact moment? Their boss? We didn’t tell the cinematographer what to do. We asked him what was up and he told us, unless he asked us, in which case we gave him ideas. If we treat every ‘position’ with this same approach, an oddly obvious thing happens: everybody with a particular skill set comes to the table to do that skill set, overlapping as co-conspirators, not as coworkers or superiors, getting shit done even when nobody commanded them to.

The obvious limitations that a lack of money and resources poses on moviemaking is discussed ad nauseam. I’m interested in the inverse of that conversation. What do we, the commoners without money or resources, have that film royalty doesn’t have? Are there methods and images that are informed by our unprofessional position that a hired hand and her boss can’t have access to? What if we leaned into these things instead of avoiding them in the hopes of appearing to have the money and resources we don’t have?

When a millionaire director teams up with a billion-dollar film studio to make a movie about surviving poverty, they will necessarily depict Cinematic Crime and Cinematic Poverty. Despite being independent of lived reality, these cinematic versions of real life will develop their own canon and become ingrained as truth within film heritage.

Most of us have worked on the film sets that set decorate poor-person-living-rooms with empty vodka handles on shelves, televisions from the early 90s, and a landline on a side table next to a very full indoor ash tray.

A legitimate film set also becomes limited by its own legitimacy. It must continue to make legitimate moves in its process or else forfeit its status as a Real Movie. That cuts down hard on spontaneity, flexibility, risk-taking, and experimentation since it requires that everything captured on film is technically legal.

An illegitimate film set is light on its feet and can respond to the unexpected flow of events that occur during a film shoot much faster and more interestingly. Experimentation is not nearly as risky without the heavy monetary gamble attached. A level of non-legitimacy also makes using locations you don’t have permission to use much easier. And honestly, that was essential to filming A Great Lamp.

About 2 months after we finished filming, 2 of the 7 original crew members of A Great Lamp broke off and made another entirely different feature film. This new film only required 2 people and $450, thus slimming down our on-set model even more drastically. The result is a movie with an aesthetic that is directly informed by the format of the process used to make it. Having a team of 2 people would’ve been a limitation if we were attempting to replicate a professional film technique but was not at all a limitation on our illegitimate set. It was instead an integral part of the ‘writing’ process, one of the collection of factors that informs what kind of thing we decide to make, a clear example of style informed by process, rather than operating despite process.

Don’t cling to the limitations imposed on you like they’re a comfort blanket. Quit your day job, crash on a couch, make a movie with your friends for no money. I'm telling you, don't grow up to be the old person that tells young people to be realistic and not make the movie/start the band/write the book. The only thing worse than quitting my job and being a poor ramen noodle eater who made a movie, would’ve been not quitting my job and not making a movie.

Now that you've been convinced, check out my Practical Tips for stealing a movie. 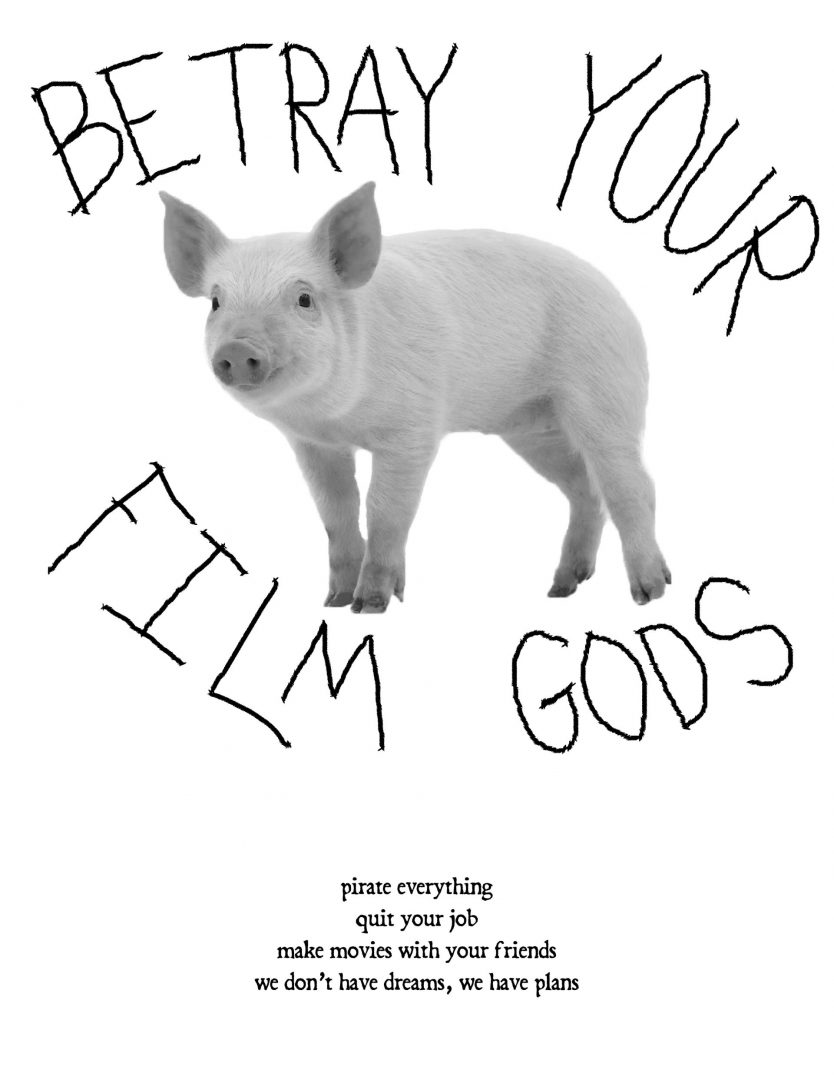 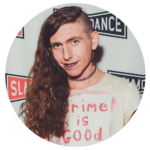 I'm Max, a well adjusted criminal and sexual deviant living in Philadelphia. For years, I've been making movies with my friends without the help of real budgets, studios, or father figures, and somehow we still make better work than James Cameron. I write zines, I'm a comic artist, and a mother of two cats. I love my friends and hate the government. <3