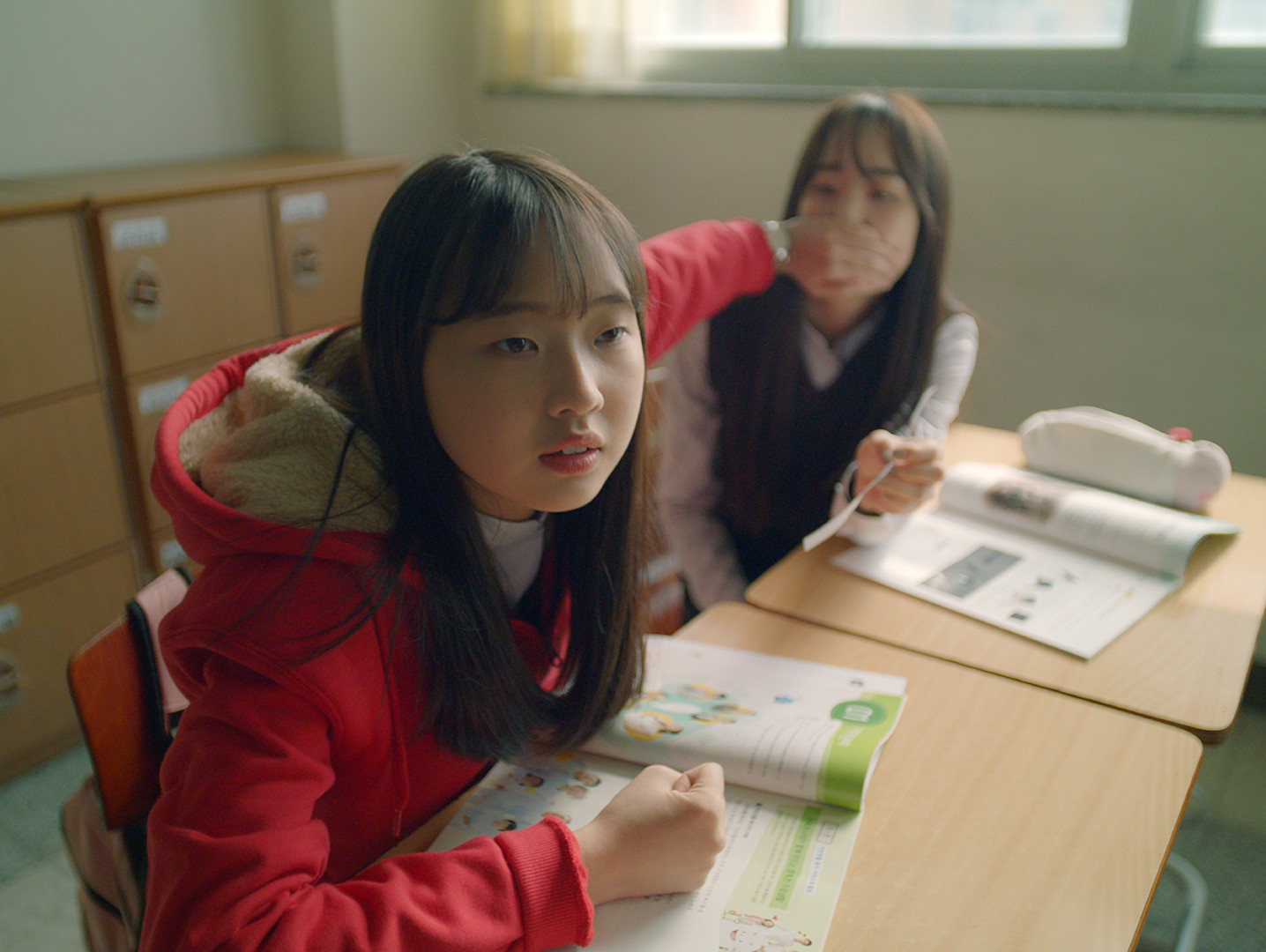 We are delighted to announce the lineup for Narrative Features Competition, Documentary Features Competition, Breakouts, Unstoppable, and Spotlight Screenings for the 29th Slamdance Film Festival. With titles hailing from all over the globe and jam-packed with premieres, the 2023 festival continues our legacy of discovering fresh and influential new voices. Dedicated to providing accessible programming both in-person and online, the 2023 hybrid festival will return this year with events in Park City and Salt Lake City, Utah from January 20th to 26th and online on the Slamdance Channel from January 23rd to 29th.

“From the streets of Seattle to the psychedelic skies of a unicorn-run dystopia, our filmmakers are transporting audiences to new dimensions with stories that explore the nuance of disability, immigration and gender. This year’s lineup represents a generation of new directors who are breaking boundaries and redefining what filmmaking looks like in 2023,” stated Festival Manager Lily Yasuda.

This year’s lineup was chosen from over 7,700 total submissions, 1,522 of which were features. All films selected in the Narrative Features and Documentary Features competition categories are directorial debuts without U.S. distribution, with budgets of less than $1 million USD - a feature that has been unique to Slamdance since its founding in 1995. While Slamdance’s main competition remains exclusive to first-time directors, the Breakouts program - launched in 2019 - is designed to serve directors beyond their first films who maintain distinct visual styles and a unique cinematic voice.

Slamdance is global. In the spirit of bringing audience members a diverse and colorful array of stories, this year’s lineup represents projects from 13 different countries from around the world with projects hailing from The Netherlands, Japan, South Korea, Serbia, Poland, Germany, Laos, India, and the Philippines among others. A collection that defies convention and categorization, this year’s lineup offers experimental and exciting films that will introduce audiences to unique and spirited voices they can’t experience anywhere else.

In addition to Slamdance’s Opening Night Film Moby’s PUNK ROCK VEGAN MOVIE, the festival will also showcase two additional Spotlight Feature Screenings - DOWNWIND (dir. Mark Shapiro and Douglas Brian Miller) and the festival’s Closing Night Film FREE LSD (dir.  Dimitri Coats). Narrated by Martin Sheen featuring Lewis Black and Michael Douglas - DOWNWIND is a must-see documentary about nuclear fallout in the United States - specifically in the region of Utah. The film includes members of the Shoshone Nation whose sacred land, despite a treaty, continues to be cordoned off as a nuclear test site, where, for 40 years, large-scale atomic weapons obliterated the landscape and exposed people (Downwinders), the environment and livestock to deadly fallout.

Continuing in the punk rock spirit is the World Premiere of FREE LSD which is this year’s Closing Night feature. Featuring appearances from Keith Morris and Jack Black, FREE LSD follows one man’s inter-dimensional journey where, after using an experimental drug to cure a personal problem, he is provided a glimpse into a parallel universe where he is not only the singer of the band OFF!, but also the target of an evil alien species that will stop at nothing to prevent the group from making a new album which holds the key to an awakening of human consciousness. In concert with Moby’s PUNK ROCK VEGAN MOVIE, FREE LSD will ensure that music-themed films bookend the 29th edition of the DIY festival.

Whether onsite or online, Slamdance 2023 remains committed to accessibility throughout the festival. Not able to travel to Park City for the festival? No problem. The full array of Slamdance’s titles are available on the Slamdance Channel which can be accessed worldwide on Roku, Amazon Fire Stick, and Apple TV. Subscriptions are $7.99 per month and grant access to the festival’s full lineup. More information about the Slamdance Channel can be found online at slamdancechannel.com

In addition to the festival’s online offerings, its in-person programming is also committed to accessibility with the Unstoppable program will be held for the first time in person at the Student Union Theater at the University of Utah from January 23rd to 25th and will be free to the public. Founded in 2021, the Unstoppable Program includes a showcase of new films by creators with visible and non-visible disabilities.

“For Slamdance Unstoppable 2023, our programmers are excited to present a dynamic lineup of films that span not just different genres but also various time periods, cultural groups, stages of life, and modes of expression. Our community contains multitudes and this year's films reflect that! The vigor and spirit of the filmmakers in our program prove that no attempt to marginalize disabled people will ever defeat our human capacity and drive for storytelling, or stop us from authentically being ourselves.” Said Beth Prouty, Unstoppable Co-Captain and Programmer

The remainder of the Slamdance Film Festival’s 2023 programming including the Animated, Experimental, Unstoppable, Narrative, and Documentary Shorts programs as well as the Digital, Interactive and Gaming (DIG) and Episodes lineup will be announced on December 12th.

In-person passes and Slamdance Channel subscriptions can be purchased now. Individual tickets will begin going on sale from December 16th.

Downwind (United States) World Premiere
Directors: Mark Shapiro and Douglas Brian Miller; Screenwriters: Warren Etheredge and Mark Shapiro; Producers: Matthew Modine, Adam Rackoff, Mark Shapiro
Hiroshima. Nagasaki. Mercury, Nevada? The latter was the site for the testing of 928 nuclear weapons on American soil from 1951 to 1992. The fallout is still lethally impacting Americans today. Martin Sheen narrates this harrowing exposé of the United States’ disregard for everyone living… DOWNWIND.  Downwind is topical and global in context -- but it's also very deeply tied to Utah and the American West.  The film includes members of the Shoshone Nation whose sacred land, despite a treaty, continues to be cordoned off as a nuclear test site, where, for 40 years, large-scale atomic weapons obliterated the landscape and exposed people (Downwinders), the environment and livestock to deadly fallout.  Despite a moratorium, the Nevada Test Site remains operational and testing could even resume.
Cast: Michael Douglas, Lewis Black, Ian Zabarte, Darlene Graham, Mary Dickson, Claudia Peterson.

The Girl Who Was Cursed - (The Netherlands) North American Premiere
Director: Zara Dwinger; Screenwriter: Zara Dwinger; Producers: Layla Meijman & Maarten van der Ven
Stoner girl Gizem spends most of her day smoking weed on the couch while spying on her neighbors through binoculars. When the quirky boy across the street disappears, she has to get out of her comfortable cloud of smoke to find out where he is. She gets caught up in a strange quest.
Cast: Sinem Kavuz, Victor Ijdens, Frieda Barnhard, Ilker Delikaya

MiND MY GOOFiNESS: The Self Portrait - (United States) World Premiere
Director: Alex Michel; Screenwriter: Alex Michel; Producer: Alex Michel
A strange dream; favors for friends; the end of the world. It’s just one of those days for Alex as he runs errands he never needed to, all while making sense of a recurring deja vu throughout the journey of his day.
Cast: Alex Michel, Duante Wingham, Symone Holmes, Rob Rice, Perry Goeders, Ian Peterson, Juice Wood, Emara Vee

Silent Love - (Poland, Germany) U.S. Premiere
Director: Marek Kozakiewicz; Screenwriter: Marek Kozakiewicz; Producers: Agnieszka Skalska, Alex Tondowski, Ira Tondowski
After their mother’s death, 35-year-old Aga has to take care of her teenage brother, Milosz. There is one thing she isn’t telling him about: her ongoing relationship with Maja. An unconventional family is being born in a small, conservative Polish village.

Sweetheart Deal - (United States)
Directors: Elisa Levine & Gabriel Miller; Screenwriter: Karen KH Sim; Producers: Peggy Case, Elisa Levine
Four sex workers caught in the spiral of addiction turn to a self-proclaimed healer offering friendship and a path to salvation from the streets inside his roadside RV. But just as they begin to rebuild their lives, a shocking betrayal comes to light that will change them all.

Onlookers - (United States, Laos) World Premiere
Director: Kimi Takesue; Producers: Kimi Takesue, Richard Beenen, Sophie Luo
Why do we travel? What do we seek? ONLOOKERS offers a visually striking, immersive meditation on travel and tourism in Laos, reflecting on how we all live as observers. Traversing the country's dusty roads and tranquil rivers, we watch as elaborate painterly tableaus unfold, revealing the whimsical and at times disruptive interweaving of locals and foreigners in rest and play.

Sexual Healing - (Netherlands) U.S. Premiere
Director: Elsbeth Fraanje; Screenwriter: Elsbeth Fraanje; Producers: Nienke Korthof, Willem Baptist
Evelien (53), spastic from birth, yearns for intimate contact and recognition for who she is. Sexual Healing follows her courageous quest for intimacy: touching, funny, sensual and rewarding. Naughty in all the nice ways. Sexual Healing is a tough, yet ligth-hearted universal film about the necessity of intimate contact for all of us human beings.