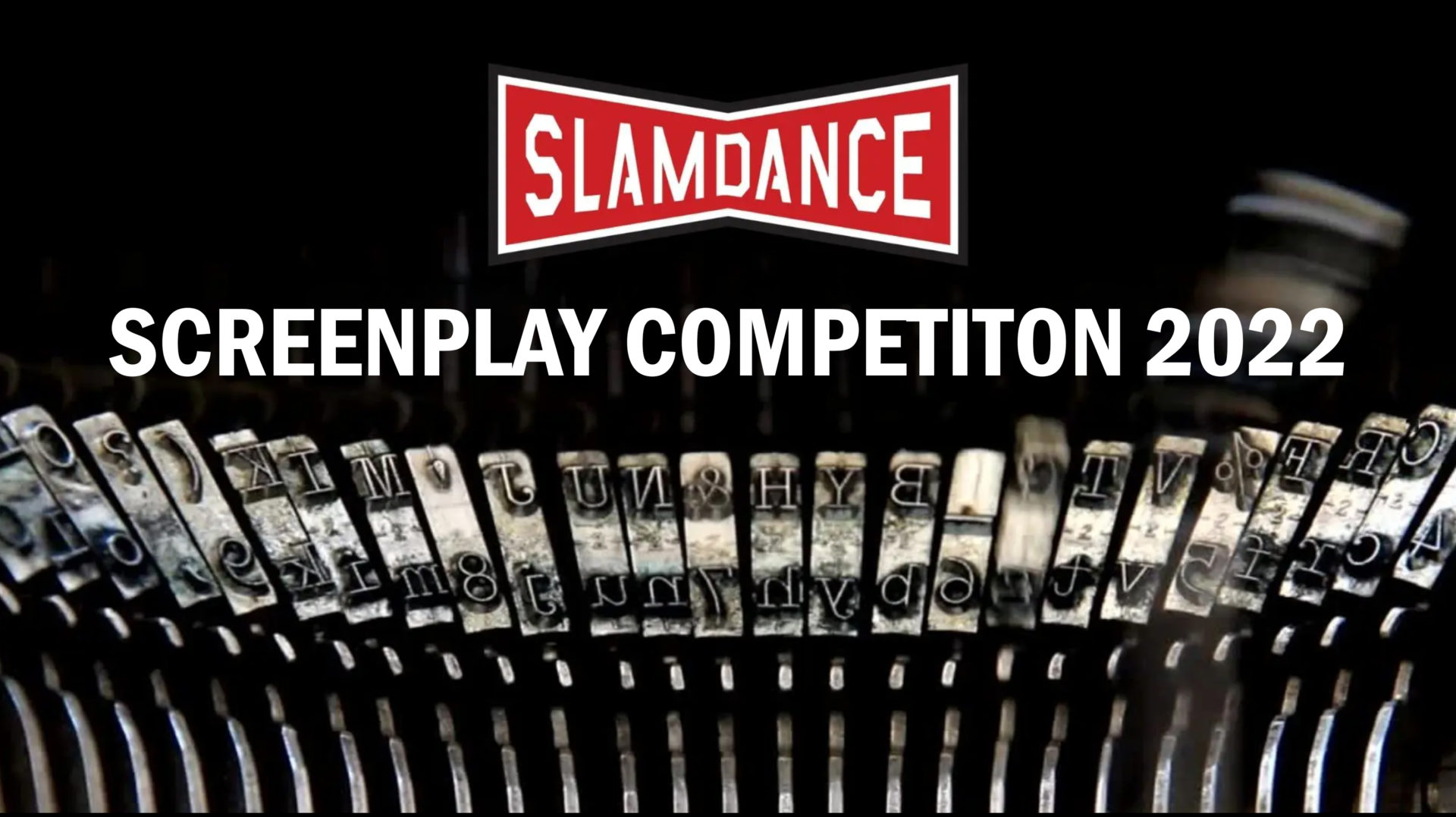 Slamdance is honored to have recognized the following writers at our 2022 Slamdance Screenplay Competition Awards on October 23rd at the Nuart Theatre.

We received over 4,000 scripts this season, with writers from across the globe submitting their stories. These screenplays represent the top 0.28% of applicants and are divided into four submission categories (Feature, Horror, Pilot and Short). 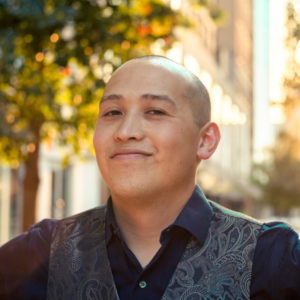 After barely surviving a twisted patron, a Black millennial woman comes to truly understand the horror that is retail work—there’s only one thing as brutal as the screaming customers and as cold-blooded as corporate: murder.

On the same day she's planning an elaborate graduation party for her daughter Laura, Sandy (54), gets word that her eldest daughter, Jess, has racked up a serious debt to feed her drug addiction. This sends Sandy into a backward spiral of self-destructive codependent behavior that proves to be just as dangerous as her daughter's addiction. 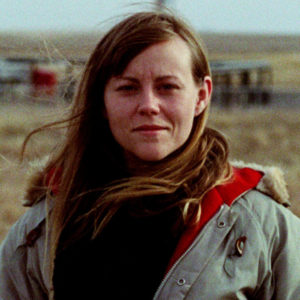 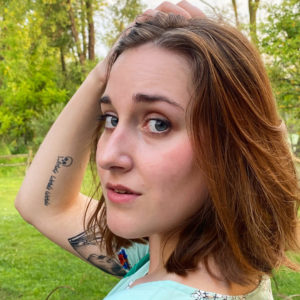 Collin's dreading an impending arm amputation. Kitty wants to chop off her own leg. When these two teens team up to compete in a Rube Goldberg competition, their unlikely chemistry sparks a chain reaction that sends them on a journey of self-acceptance.

Trapped in a high-tech bunker with her Machiavellian husband and a human-like AI he built, a Silicon Valley entrepreneur is forced to confront her past trauma and find a way out of the literal and metaphorical prison her life has now become. 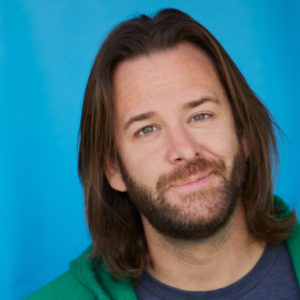 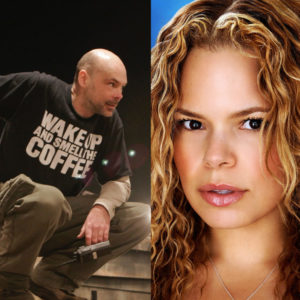 Aimless and down-on-her-luck Ash, inadvertently finds herself caught in the world's most secretive and deadly game, where absolutely anyone — at any moment — could be the death of her and the only way out is to kill or be killed in this ultimate game of survival.

A troubled voyeur spies on a married woman and her idyllic family via their home security cameras to pacify his impulses, but when he catches her husband having an affair, the voyeur can no longer control his urges and will stop at nothing to finally be with his obsession... 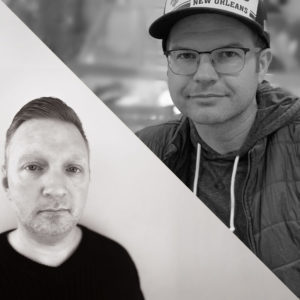 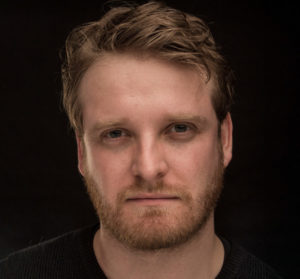 A young boy is forced to grow up after his father brings him on his first fishing trip as part of a disturbing coming-of-age ritual.

In a society where we are prescribed our day-of-death at birth, a lowly 30 year old man must endure a series of bureaucratic nightmares at a government office to find out why he has outlived his ‘Expiration Day.’ 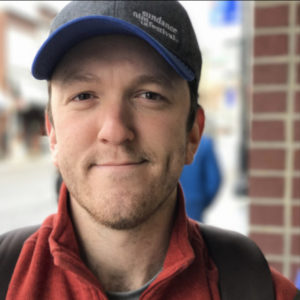 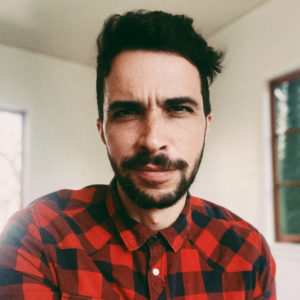 A 20-something Latino immigrant, a recent widower, spends a very, very long day searching for work while caring for his baby daughter. It’s a day full of rejection, where we experience the struggle of being a single parent with no support system in a country he doesn’t know, with a language he doesn’t speak. But as the day progresses, we see a man come to understand what it means to be a father, realize the love he has for his daughter, and what it will really take to keep her safe.

After being wrongly incarcerated for capital murder, a young Tejano prisoner at Texas' Huntsville State Penitentiary gets assigned to the Texas Prison Rodeo, a brand-new work and recreation program run entirely by prisoners from the 1930s to the 1980s. Utilizing his childhood experience as a ranch hand, he hopes to tame a mean-spirited bull named Buckaroo and draw the interest of a prison executive with the power to restore his freedom. 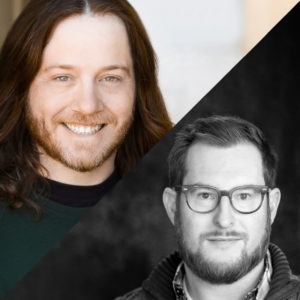 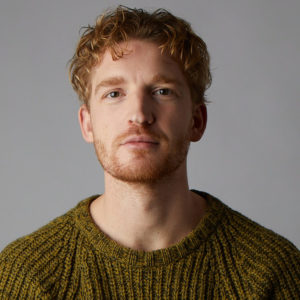 ​After an A.I. breakthrough turns 2033 Manhattan into a post-work utopia, a disparate group of workaholic millennials fights back against it to save their careers & identities.

Optimistic but emotionally unstable Nora leaves a short stint at the psych ward for attempted suicide post-breakup to live with her stubborn, authoritarian Egyptian Muslim immigrant father Sam just as his love life goes into overdrive. 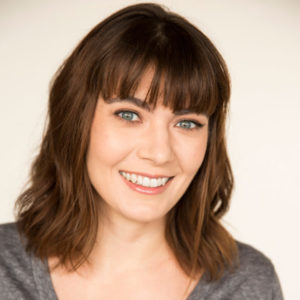 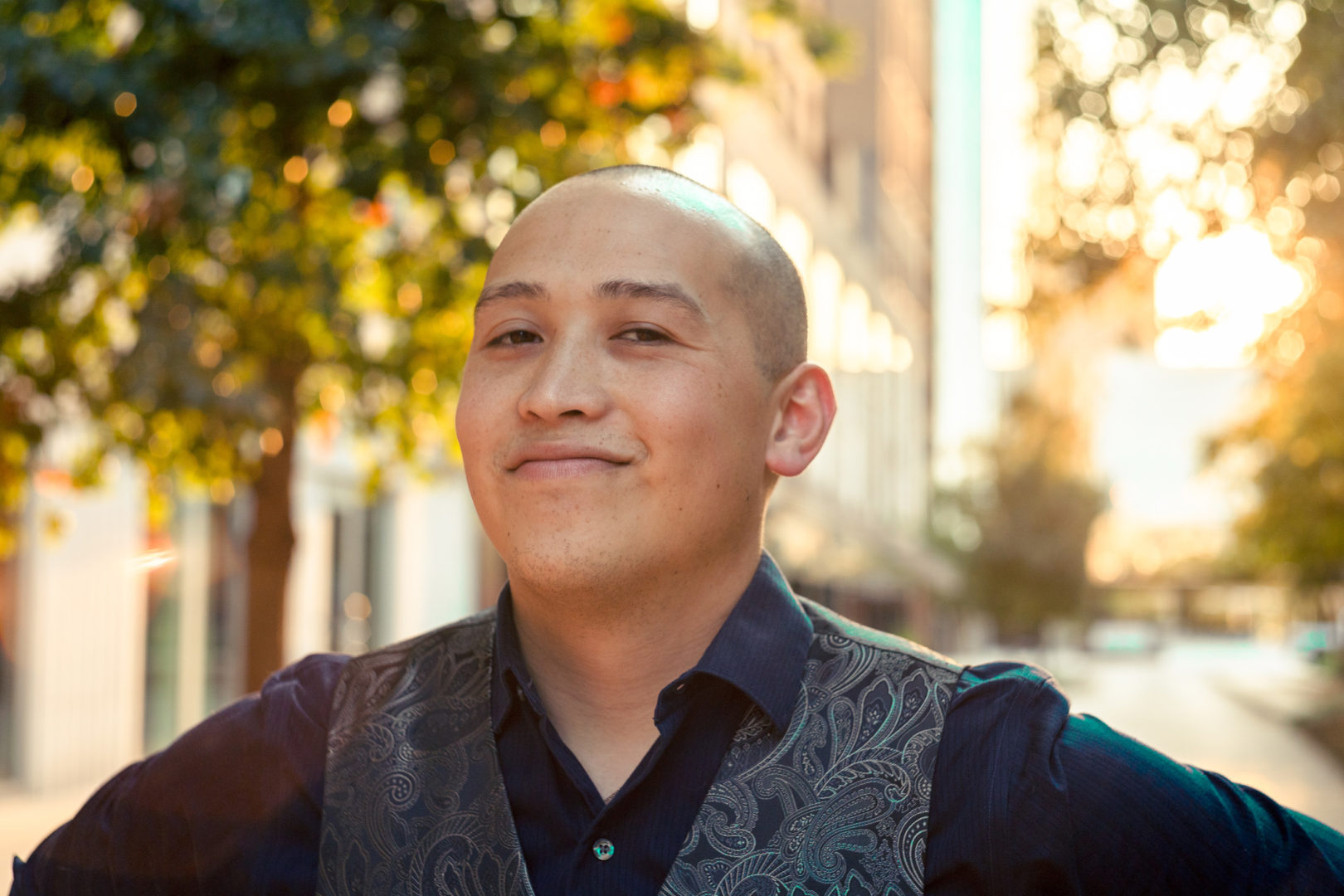 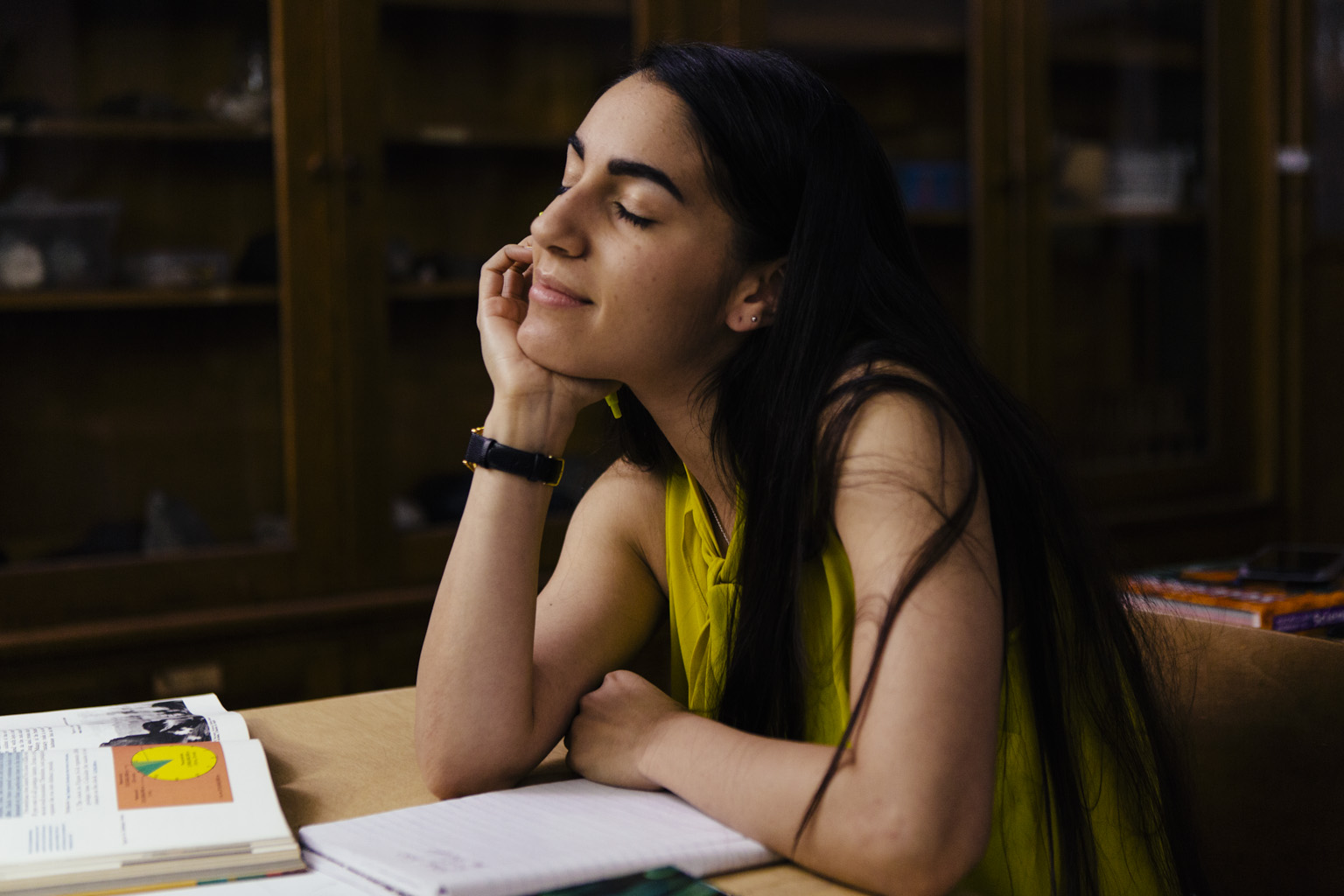 The Wanderer by Carlotta Summers

Carlotta Summers is a multiple award winning, biracial (mixed Black and White/Italian) actress, writer, filmmaker, and daydreamer based in NYC. A graduate of NYU’s Tisch School of the Arts, a few of her feature film and television credits include the role of Saltire in Choice Film’s "Big Dogs,” on Amazon Prime & Supporting Role in "Lupe," which premiered at the Cinequest Film Festival in 2019 and is currently streaming on HBO Max.

Ethan and Arlo by Garth Twa

The Man From the Deep by Robert Riley

The Corruption by Alyssa Stevens

A Family Reunion by Xavier Burgin and Thomas Wright

Fear The Dark by Lewis Taylor

A Land Fit For Heroes by Sam French

The Lavender Panthers by Heather Farlinger

Space On Earth by Jem Splitter and Alida Tomas

Something Blue by Billy Bob Thompson

The Acluckalypse, or Zombie Chickens by Richard Moon

Ethan and Arlo by Garth Twa

Forbidden to See Us Scream in Tehran by Farbod Ardebili

The Man From the Deep by Robert Riley

Only When it Rains by Jason Ruscio

Stop! In the Name of Love! By Lawrence Davidson

T-Rexorcist: The Musical by Dana Hammer

The Virgin by Trysta A. Bissett

A Family Reunion by Xavier Burgin and Thomas Wright

Beyond the Pale by Frankie Whitty

The Corruption by Alyssa Stevens

Fear The Dark by Lewis Taylor

He Had His Father’s Eyes by Bryan Liberty

The Horse Killers by Ben Hurst and Josh Flanagan

In Here With Us by Mac Grant

The King in Yellow by Adrienne Arno

The Lamented by Meabh Cadigan

The Pit by Neal Dhand

The Pulpit by Tosin Morohunfola

The Space Between by Eric Lehning and Billy Senese

The Suicide Gospels by Brandon Abney

A Land Fit For Heroes by Sam French

The Bluestockings by Elizabeth Reichelt

City Of Fire: The Golden Age of Coney Island by Thomas Simard and Brian Watters

Darker Than You Can Imagine by Peter Hoffman Kimball

The Lavender Panthers by Heather Farlinger

Persistent Will by Becca C. Smith

The Pirate Bae by Kayla Klein-Wolf

The Price of Service by Ian James Ortiz

The Reservoir by Dylan Allen

She’s a Bitch by John Lowe

Space On Earth by Jem Splitter and Alida Tomas

The Third Son by Shannon Greenland

The Wanderer by Carlotta Summers

Age of Consent by Katherine Gauthier

The Guilt by Giovanni D'Amaro

House of Wolves by Andrew Yeremeyev

Something Blue by Billy Bob Thompson

This Weary Flesh by Jarrod Smith