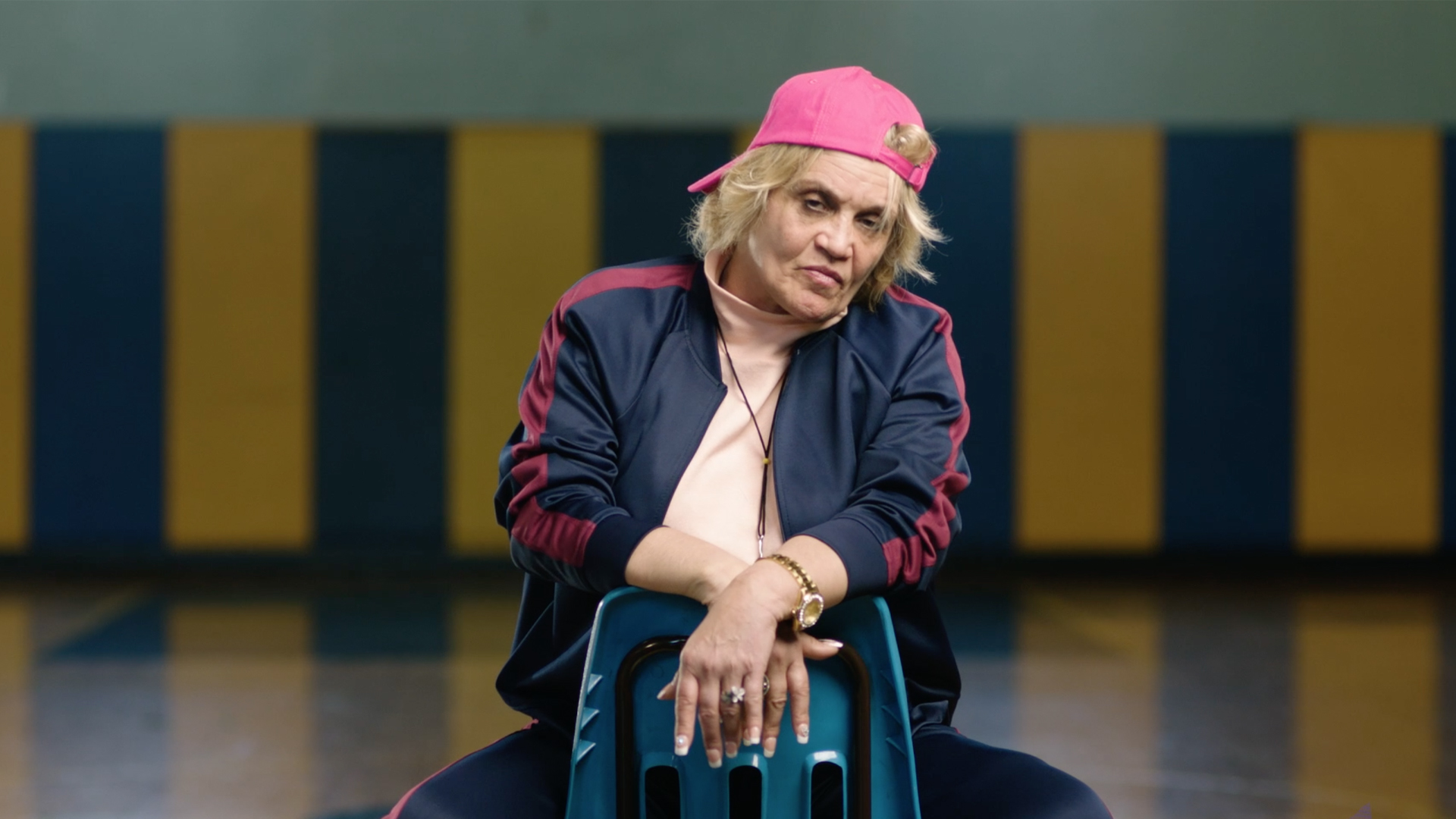 We are excited to announce our mind-bending lineup for our 2023 Animated, Experimental, Unstoppable, Narrative, and Documentary Shorts programs as well as the Digital, Interactive and Gaming (DIG) and Episodes lineup. Dedicated to providing accessible programming both in-person and online, the 2023 hybrid festival will return this year with events in Park City and Salt Lake City, Utah from January 20th to 26th and online on the Slamdance Channel from January 23rd to 29th.

“Our short filmmakers have always been at the forefront of innovation and experimentation in independent film, while simultaneously giving a voice to filmmaking communities that are traditionally under-represented. This year’s shorts, episodic and DIG lineup is no different, filled with fearless filmmakers who are sure to shape the future of independent storytelling on a global scale,” said Festival Producer Michael Morin.

The 2023 festival continues the tradition of pushing the envelope of independent and DIY filmmaking with the addition of 19 Unstoppable Shorts, 11 Animated Shorts, 18 Narrative Shorts, 13 Documentary Shorts, 5 Experimental Shorts, 5 Episodes, and 9 DIG Showcases to the lineup. Exploring themes of grief, religion, cultural roots, memories and more, the films in these programs challenge our current perception of cinema.

“The films in this lineup are wildly unique and they each garnered enthusiastic and unanimous support from our programmers. We formally invite you to have your minds blown,” said programmers Lori Felker, Davy Walker and Cherlyn Hsing-Hsin Liu.

In addition to Shorts programming, Slamdance is also announcing Episodes. Returning for its 4th year, the Episodes programming consists of shows that took big risks with their storylines which paid off in unique and entertaining ways. The category showcases episodic work in any style, genre and format intended for broadcast. Slamdance is also bringing back the Digital, Interactive and Gaming (DIG) programming to recognize innovative digital, interactive, and gaming artwork. It is a platform for independent artists who create outside of traditional media to bring their ideas to life in novel and uncompromising ways.

The Unstoppable Shorts program will join the Unstoppable Features program online and also in-person at the Student Union Theater at the University of Utah from January 23rd to 25th. Committed to accessibility, the Unstoppable programs will be free to the public. Now in its 3rd edition, the Unstoppable Program includes a showcase of new films by creators with visible and non-visible disabilities.

All films and projects are once again eligible for the prestigious AGBO Fellowship. Founded by Slamdance alumni Anthony and Joe Russo (AVENGERS: ENDGAME, AVENGERS: INFINITY WAR), the AGBO Fellowship provides a $25,000 cash prize, mentorship from the Russos and their team, and office space, enabling a filmmaker to continue honing their skills and pursuing their craft. The 2022 fellowship was awarded to Ethan Eng for his debut feature THERAPY DOGS.

“We are proud to be returning in 2023 with the AGBO Fellowship, which supports emerging filmmakers through hands-on collaboration and mentorship within our company. Alongside Anthony and Joe, all of us at AGBO remain dedicated to helping new and innovative voices reach their fullest potential through their creative expression, and we look forward to this year’s submissions,” said Angela Russo-Otstot, Chief Creative Officer.

In-person passes and Slamdance Channel subscriptions for the online festival are now available.

Jenna Has to Live - (United States)
Director: Katie Hopkins; Screenwriter: Katie Hopkins; Producer: Sasja Smith
Jenna has Type 1 Diabetes and is about to be evicted from her apartment. To pay her rent she sells her insulin and rations what remains in increasingly reckless ways. When a well-meaning coworker, Julian, sees too much, Jenna throws up her guard. Can she hide her actions from being judged by Julian, or will her declining health give her away?
Cast: Allison Walsh, Malik Guinn, Megan McGirr, Jason Songer Sr., Kyd Kalin, Elaine Young, Connor Carlson, Tyler Yath

Millstone - (United States)
Director: Peter Hoffman Kimball; Screenwriter: Peter Hoffman Kimball; Producers: Alan Cameron, Gary Brooks, Peter Kimball
Entirely in American Sign Language and featuring an all-Deaf cast, this is is a dark, emotional thriller about a desperate, grieving couple who think they have found the only therapist who can give them what they want: to make them forget they had ever had a child.
Cast: Daniel Durant, Eddie Buck, Bellamie Bachleda

Don’t Die on Me - (Israel)
Director: Ori Goldberg; Screenwriter: Ori Goldberg; Producer: Ori Goldberg
As asthmatic Matti coughs again, he hears the irritating sentence “Don’t die on me”. A revolting portrayal of the noisy life inside a malfunctioning body, and the deadly silence that stops it.
Cast: Itamar Shlomo Cohen

Hierophany - (Poland)
Director: Maria Nitek; Screenwriter: Maria Nitek; Producers: Agata Golanska
"Hierophany" is a fantasy about the beginning - of the world? human? myth? religion? culture? - a journey into an imaginary world that does not require unambiguous interpretation.

PLSTC - (France)
Director: Laen Sanches; Screenwriter: Laen Sanches; Producer: Laen Sanches
Welcome to the world of PLSTC, an undersea dystopia that submerges you in the disturbing reality of plastic pollution in our oceans. Through a series of graphically confronting AI-generated and hand-composited images of ocean creatures, this experimental animated film confronts you with the devastating consequences of our habits on marine life, and leaves you gasping for breath.

Silver Cave - (China)
Director: Caibei Cai; Screenwriter: Caibei Cai; Producer: Shoulu Si
Hunting an animal, taking a picture, watching a video - these three are all about capture: to find, to chase, to catch.

A Guide For When Immigrants Become Ancestors - (United States)
Director: Iliana Garcia
An intimate portrait of a fourth-generation Mexican Filipino American™, as they navigate what it means to inherit an identity rooted in cultural memory.

Moomin - (United States, Israel)
Director: Zach Dorn
A filmmaker attempts to fulfill a promise to an ex-girlfriend in Canada.

Strange Beasts - (Australia)
Director: Darcy Prendergast; Producer: Rachel Gilkison
Strange Beasts is a look at the meteoric rise and fall of the Bacchus Marsh Lion Safari, as told through the eyes of Ron Prendergast; a then 18 year old big cat keeper. From its initial boom, to its protracted closure, the park remains shrouded in mystery and folklore. Until now.

Slower Animals - (United States)
Director: John C Kelley; Screenwriter: John C Kelley; Producer: John C Kelley
While aimlessly following a winter goose migration across the American south, a professor slips in and out of childhood memories that all surround a forgotten trauma. This short animated film explores the ways we are shaped; both by what we remember and what we forget.
Cast: John C Kelley

When The LAPD Blows Up Your Neighborhood - (United States)
Director: Nathan Truesdell; Producers: Will Lennon, Kat Nguyen
Tensions rise on a busy street as news organizations and local residents witness an extremely volatile situation turn into a literal powder keg.

Momo Local - (France)
Director: Alexia Colette; Screenwriter: Alexia Colette
When a schizophrenic dumpster diver in Paris meets a female artist inspired by waste, he must overcome his greatest fear as the world around him turns pink.

Kin_ - (Germany)
Director: Charlotte Triebus; Producer: MIREVI
A Performative Dance Piece In Augmented Reality To Experience Wherever You Are

Beyond the Milky Way - (Australia)
Director: Briege Whitehead; Screenwriter: Briege Whitehead; Producers: Jess Black, Briege Whitehead
Experience the greatest scientific endeavour in history as you step onto Australia’s future site for the incredible SKA telescope and journey to the edges of the Universe in spectacular 360° virtual reality.

Alegrías Riojanas - (Spain)
Director: Velasco Broca; Screenwriters: Velasco Broca, Lucía Moreno; Producer: Eduardo Carneros
An ophthalmologist's confession gets interrupted when the priest who was attending him leaves in an emergency. On his way to his office, he is fatally run over by a car, and his immortal soul is thrown into a purgatory populated by grotesque creatures.
Cast: Juan Antonio Herreruela, Ramon Churruca, Fernando Moreno, Rafael Alberola, Barbara Mingo, Jose Luis Pérez Santiago, Nerea Revilla

Our Males and Females - (Jordan)
Director: Ahmad Alyaseer; Screenwriters: Ahmad Alyaseer, Rana Alyaseer; Producers: Mais Salman, Ahmad Alyaseer
A father and mother are faced with the painful task of washing their deceased transgender daughter, but when no one agrees to wash her, how far is the father willing to go to make sure his "son" is washed?
Cast: Kamel El Basha, Shafiqa Tall